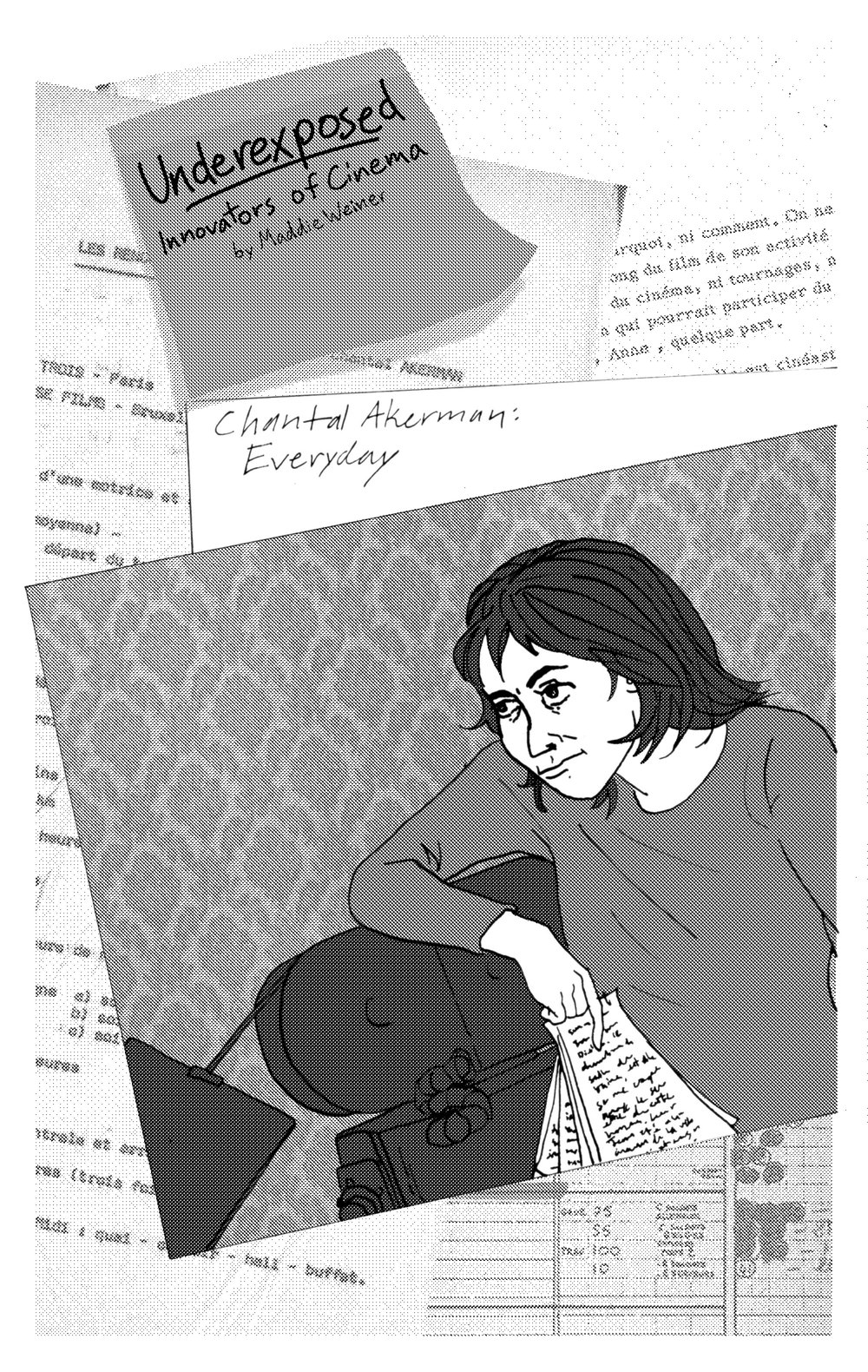 Chantal Akerman (1950-2015) was one of the greatest experimental filmmakers in the history of cinema. Born in Brussels, Belgium to Polish Holocaust survivors, Akerman’s career took her to the United States, France, the former USSR, Israel, and Mexico, where she revolutionized the art of film, creating such monumental works as Je Tu Il Elle and Jeanne Dielman, 23 quai du Commerce, 1080 Bruxelles. Her work explored isolation, exile, loss, and her own lesbian and Jewish identity. Using interviews, articles, memoir, and documentaries, Chantal Akerman: Everyday provides a comprehensive introduction to her engaging and challenging work.
Underexposed: Innovators of Cinema is a series that recognizes the creative legacies of woman and LGBTQ filmmakers throughout film history.
You can subscribe to hard copies of this series at https://forms.gle/EJY4pHgG7P9fCyKo9